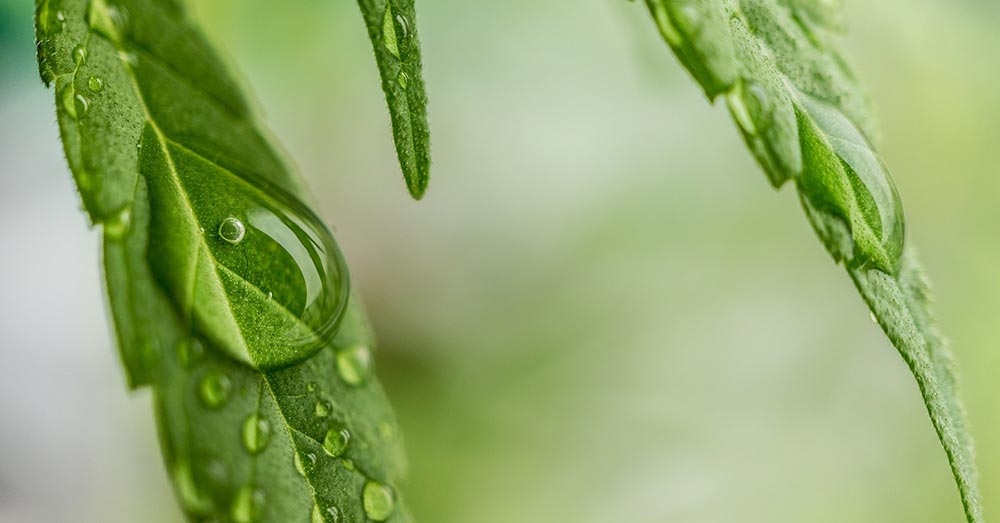 Phytocannabinoids are naturally occurring compounds found in cannabis. You're probably familiar with some of the stars like THC and CBD. What you may not know is that the raw cannabis plant does not actually contain these molecules in significant levels!

Instead, the plant material contains primarily the raw acid precursors to these popular cannabinoids. For example, in hemp or marijuana, you'll find high levels of THCA or CBDA. While research is showing promise for these 'raw' compounds, the well known 'activated' compounds are in much higher demand.

In order to convert the raw acid cannabinoids into the sought after 'activated' forms, they must undergo a process called decarboxylation.

What is Decarboxylation & How Does it Work?

Decarboxylation is the act of applying heat to cannabis plant material over time to create a reaction. Raw cannabinoids have a carboxyl ring or group (COOH) present in their molecular structure comprised of a carbon atom bonded to an oxygen atom (CO) and a hydroxyl group (OH). Heating removes the carbon atom from the chain and as a result carbon dioxide (CO2) is released.

When decarbed, the raw acid cannabinoids found in the plant material are converted into the sought after activated cannabinoids. This concept applies universally to all types of cannabis including marijuana and hemp. We will use both in the examples below, though we primarily focus on the hemp CBD side of things.

A Real-World Example of Decarboxylation

Consuming marijuana generally has a 'built-in' decarboxylation process. When smoking or vaporizing marijuana the heat rapidly decarboxylates the THCA turning it into THC just before the smoke or vapor is inhaled. For edibles, the flower used to create the product must be decarbed, often by baking in the oven, before they are added to the final product.

Do CBD Products Need to Be Decarboxylated?

Decarboxylation is a concept popularly discussed in marijuana circles because it is most commonly sold as flower. While smoked hemp flower is growing in popularity, the majority of CBD products are sold as activated consumable products like tinctures and capsules.

Despite the lack of awareness, all hemp grown for extraction into CBD-rich products does need to be decarboxylated somewhere between harvest and sale as a final product.

As we cover in detail in our extraction article, CBD products are created using cannabinoid-rich oil extracts derived from hemp. When hemp is harvested for extraction, it is possible to decarboxylate it either before or after extraction.

Generally, decarboxylation before extraction is preferred because the process removes moisture which speeds the extraction process. The result is a more efficient extraction with higher yields. When using non-polar solvents in extraction methods like supercritical CO2, the activated cannabinoids are more soluble in the solvents, making them easier to separate from the plant material.

The required time and temperatures required for each individual cannabinoid in cannabis varies. A common reference point is THCA which requires exposure to a temperature of approximately 220°F/104.44°C for 30-45 minutes to begin decarboxylating. In order for a full decarboxylation to occur, more time is required. For high-CBD hemp, temperatures used may be higher and use a longer exposure. The goal is always to minimize excess heat to reduce damage to the valuable cannabis compounds.

In addition to the cannabinoids, the terpenes contained in the plant must be considered when applying heat. Ideally, the minimum amount of temperature should be used over a longer period of time in order to preserve and not burn off the terpenes. If exposed to high heat, these terpenes can burn, leaving behind undesirable smells and tastes and destroying these important compounds.

Temperatures that exceed 300 degrees F can compromise the integrity of the cannabinoids and terpenes, which is why temperatures in the 200's are recommended.

Measuring Cannabinoid Potency Before and After Decarboxylation

When a cannabinoid is found in its raw acid form, the mass will be slightly greater than the decarboxylated version. This is important to consider when looking at a potency screening. The mass of THCA or CBDA will be reduced by 12.3% when heated due to the loss of the carbon dioxide molecule. You can easily measure the resulting potency of the resulting THC or CBD by multiplying the acid-form by 0.877.

It is important to note that during the decarboxylation process, not 100% of the 'raw' cannabinoids will be converted. Some small percentage of the raw cannabinoids may still remain after decarbing. This is why you may see some small trace amounts of acid cannabinoids like CBDA on lab tests.

No Decarboxylation: The Potential Benefits of Raw Cannabinoids

While these heated molecules are favored in most cases, those looking for specific benefits may wish to seek out the natural or 'raw' forms of these cannabinoids. The acid-based forms are not well studied, yet preliminary research points to their ability to provide unique benefits when compared to their activated counterparts. For example, CBDA has been shown via studies to be a COX-2 inhibitor similar to how some NSAIDs function.

Some CBD companies offer raw products which are created by cold-pressing hemp. These products are often combined with activated hemp extracts. One example is a blended CBD + CBDA combination, often found in a 1:1 ratio.

10 comments on “Decarboxylation: What it is and Why is it Important for CBD?”

What is Chromatography & How is it Used in the CBD Industry?

Cannabis Compounds: The Keys to Effective CBD Oil
Become a CBD Expert & Save!