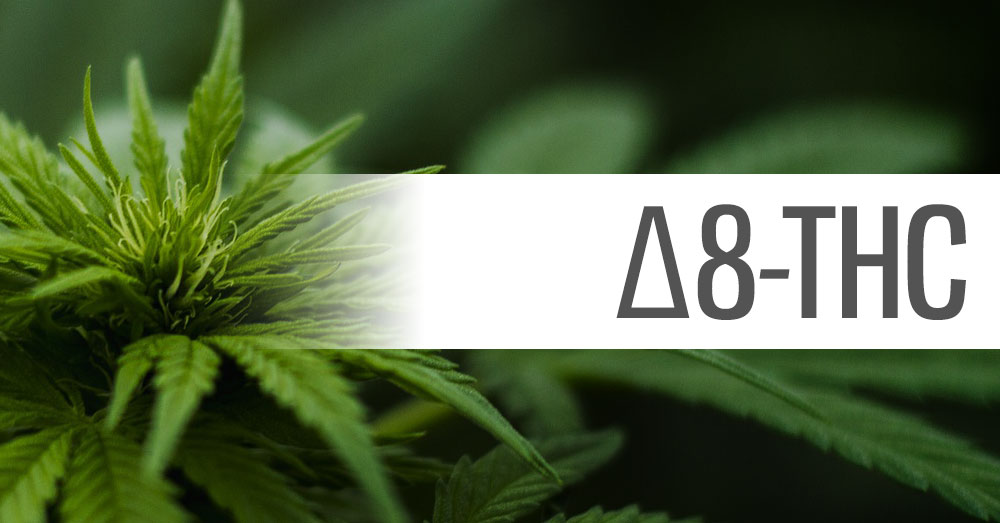 Of the compounds within cannabis, the most often cited is Delta-9 Tetrahydrocannabinol, commonly referred to simply as THC. This psychoactive compound is the star in the marijuana world as it is responsible for the 'high'. It is less common knowledge that Delta-9 is not the only THC-named compound in the plant.

Through an aging process, this compound oxidizes into an isomer known as Δ8-THC. These two phytocannabinoids are analogs that share the same structural formula but have a slightly different arrangement of atoms. The molecular similarities provide similar therapeutic avenues with different psychoactive effects. 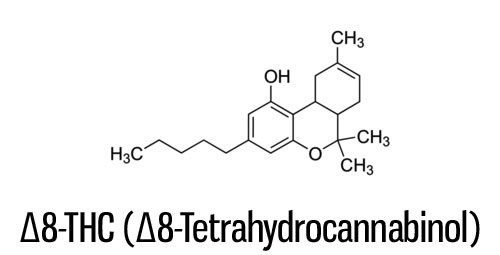 Like all other major cannabinoids, the natural synthesis of Δ8-THC begins with CBGA. From this molecule called the "stem cell cannabinoid", THCA develops in mature cannabis. The harvested plant containing THCA is then decarboxylated via heat and time exposure into Δ9-THC. From there, an aging process through oxidation takes place, transforming the compound into Δ8-THC.

Because this lesser-known cannabinoid is created through oxidation, the resulting molecule is stable when exposed to air. This makes it an interesting compound for use in pharmaceutical applications. The molecule has shown promise in several studies but still has not seen widespread recognition or use.

What Are the Effects of Delta-8 THC?

The primary observations around the use of this compound focus on the lower potency, resulting in less significant psychoactive properties. Delta-8 has been observed as far less likely to induce stress in high doses when compared to its parent cannabinoid delta-9. This lower potency combined with a highly useful set of benefits led researchers to research and ultimately patent the conversion:

Based on information disclosed in US-issued patents:

How is this Cannabinoid Sourced?

Delta-8 THC is naturally found in only trace amounts in dried cannabis flower. These buds often contain less than 1% of the compound, meaning traditional means of smoking or vaporizing won't due. In order to produce a substantial amount of the molecule, a specialized extraction, isolation, conversion, and refinement practice must be performed.

In 2020 a new method of extracting this psychoactive compound emerged. A laboratory process that converts CBD to Delta-8 THC was established. This method of producing this cannabinoid from widely available CBD allowed manufacturers to make large quantities of delta-8 previously not possible.

What is the Legal Status of Delta-8 THC?

For a short period in early to mid-2020, the boom of hemp-sourced converted Delta-8 sat in a grey area. Because these products could be sourced from hemp-derived CBD, they were legal according to the 2018 Farm Bill. This led to an explosive growth of a market where products, a large majority of which were vape cartridges, were sold freely online in states that did not have explicit definitions against delta-8.

This boom was shortlived though as the DEA published new guidance on Aug 21st, 2020 that stated "All synthetically derived tetrahydrocannabinols remain schedule I controlled substances." this statement has been cited as making Delta-8 an illegal substance.

That said, some retailers continue to sell these products, and many are working to submit comments to fight the ruling and keep Delta-8 legal for sale.

Where Can You Find Delta-8 THC?

Currently, unless you live in a recreational or medically legal state, delta-8 THC is not accessible legally. The recent ruling has shut down many of the popular retailers, though some continue to operate in defiance of the order, many filing lawsuits.

If you're looking to try this molecule legally, you'll need to head to a state where marijuana use is legalized. You may find this cannabinoid sold in medicinal and recreational dispensaries. For example, Oregon-based Oregrown creates a distillate that is available for sale across the state. 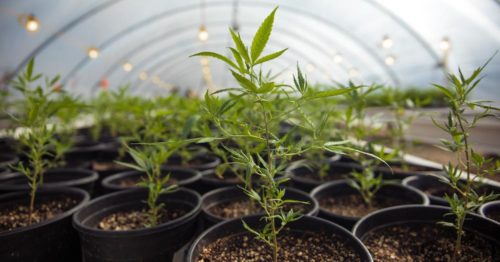 What is Chromatography & How is it Used in the CBD Industry?
Become a CBD Expert & Save!